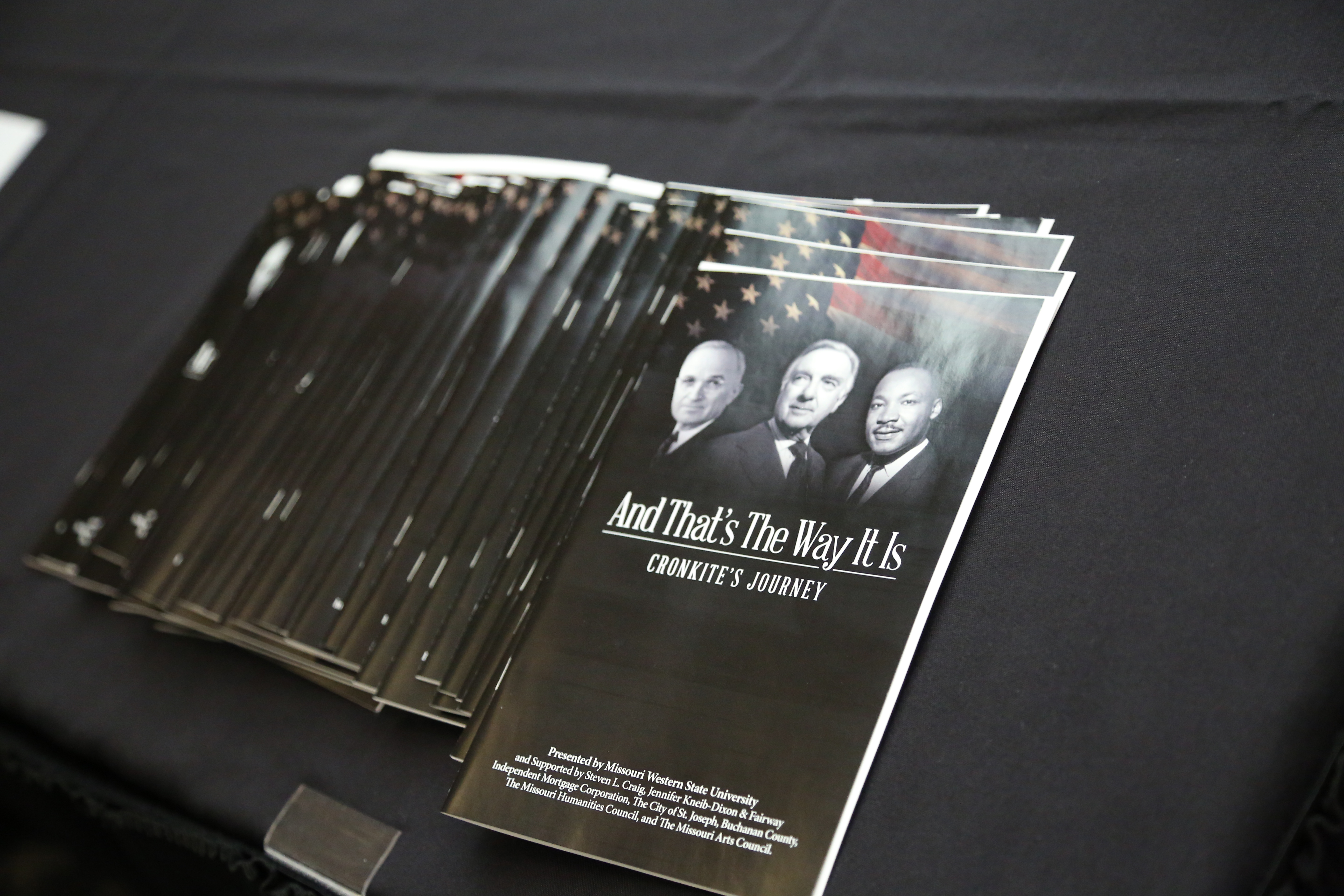 “We Came in Peace…” was created by artist-in-residence Eric Fuson and funded by Commerce Bank. It was dedicated November 4, 2016. 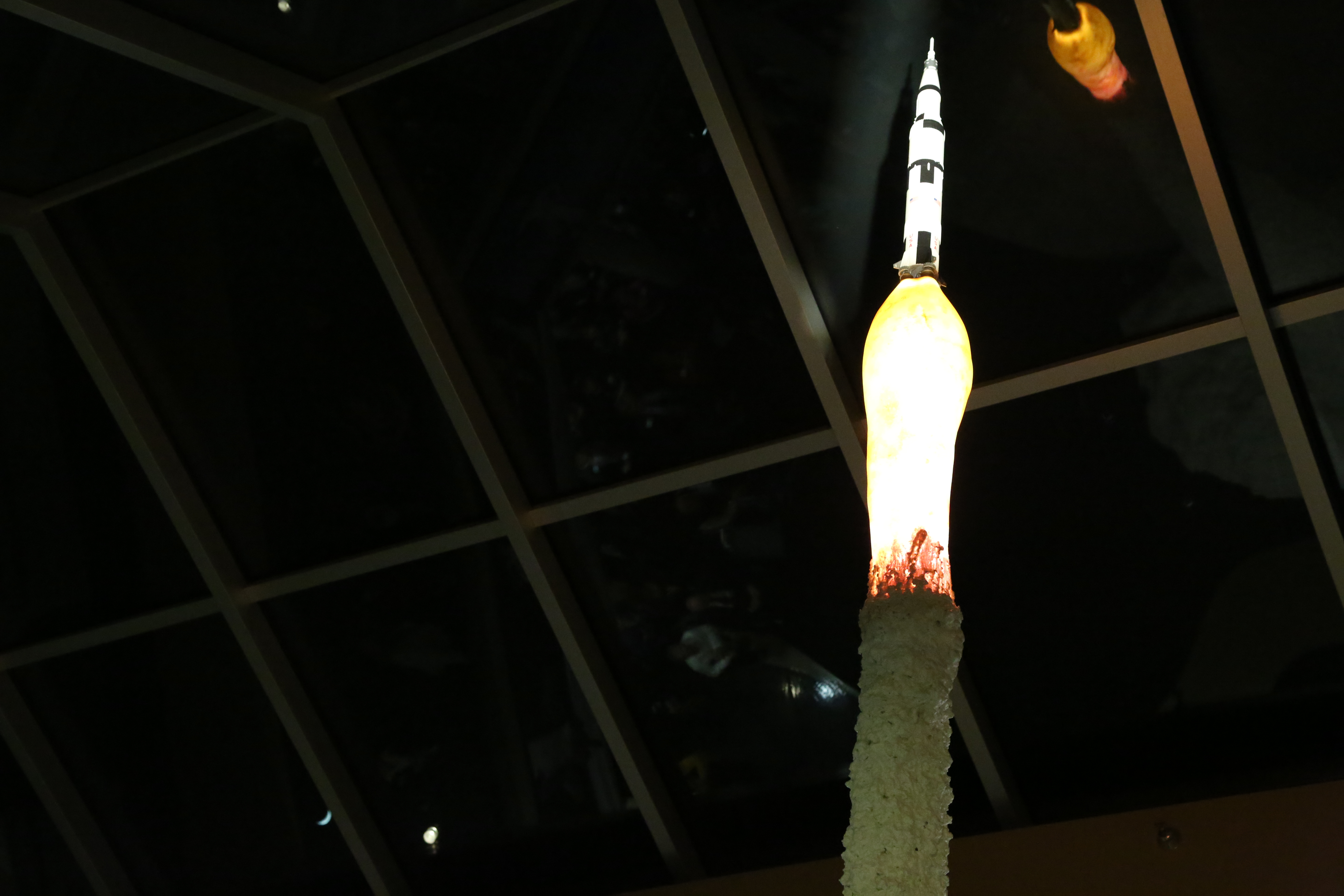 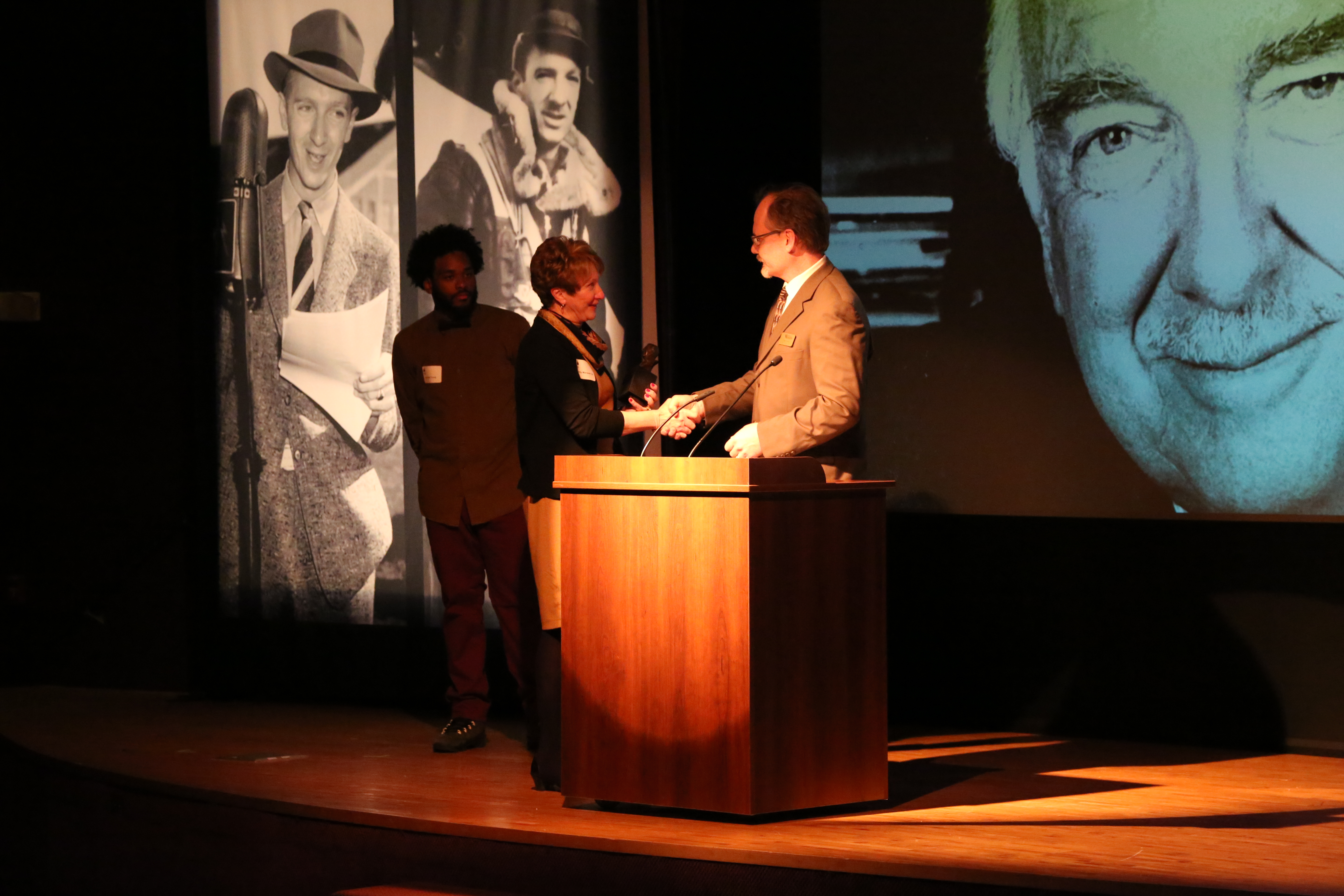 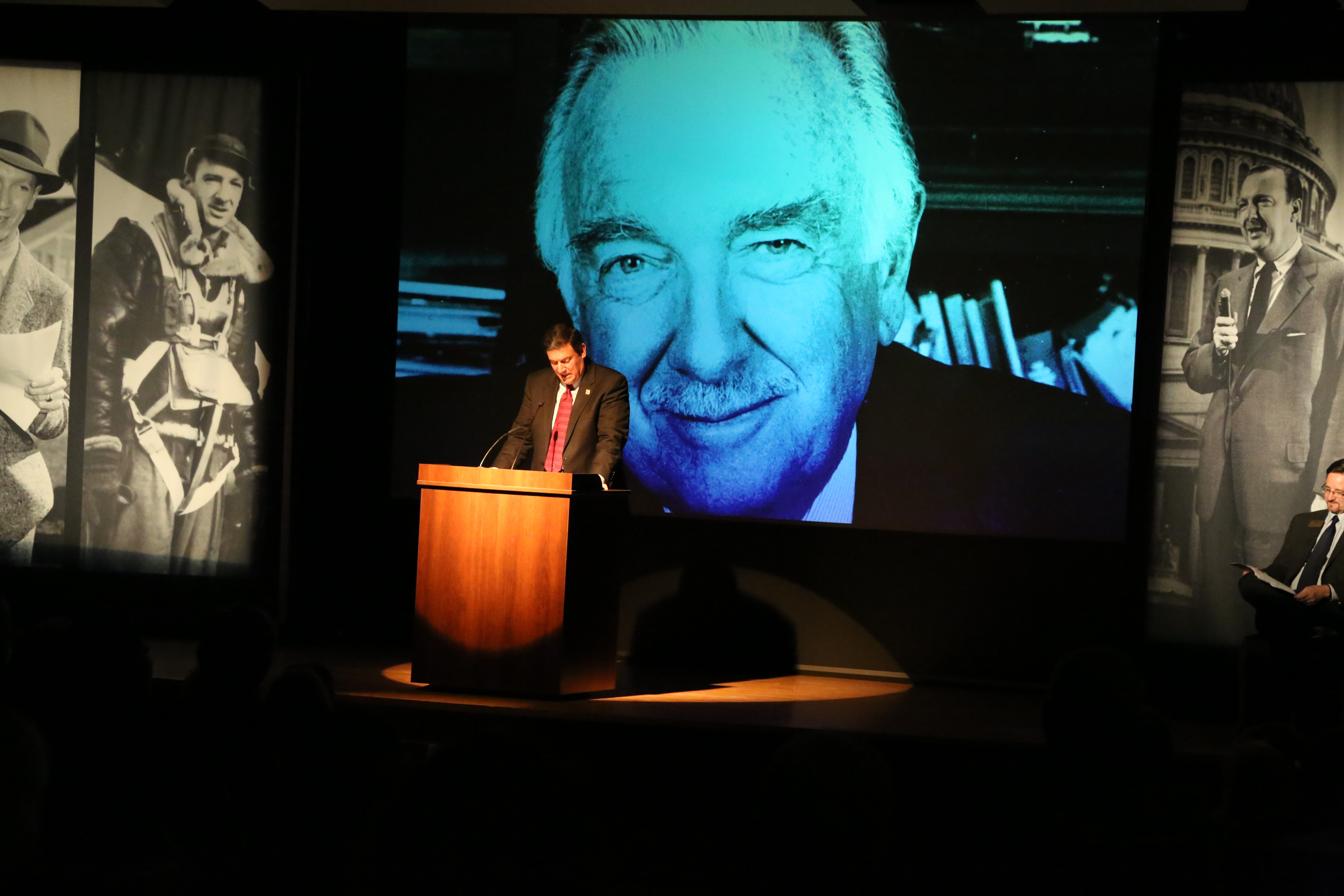 The open house was held on Saturday, November 5. It included screenings of the “And That’s The Way It Is” trilogy of films, the unveiling of the Apollo 11 sculpture by Missouri Western’s artist-in-residence, Eric Fuson, an opportunity to record memories of Walter, an astronaut suit on loan from NASA, and guided tours of the memorial.

The Walter Cronkite Memorial was the vision of Dr. Robert Vartabedian, President of Missouri Western State University, to create a fitting memorial to St. Joseph’s beloved native son and one of the most important and trusted voices in our country’s history. Dr. Vartabedian’s vision was captured by Missouri Western art faculty members Eric Fuson and David Harris, who designed the unique artistic display illustrating Cronkite’s distinguished career with CBS television.

This memorial was made possible with funding from the David and Shirley Bradley Endowment. Much like Walter Cronkite, the Bradley family has left a journalistic legacy by bringing the important news of the day to the general public. We are grateful for their many contributions to the St. Joseph community and to Missouri Western State University.