Home/Past Event/“And That’s The Way It Is: Cronkite’s Journey” at Union Station – July 11, 2016
Previous Next

On July 11, 2016, Missouri Western State University and the Walter Cronkite Memorial debuted “And That’s The Way It Is: Cronkite’s Journey” at Union Station in Kansas City, Missouri.

“And That’s the Way It Is: Cronkite’s Journey” includes three parts: “Harry & Walter” explores the parallel lives of Missouri’s celebrated native sons President Harry S. Truman and Walter Cronkite. Starring Ken Remmert as Truman and Jim Korinke as Cronkite. “King & Cronkite: A Live Multimedia Performance” features the words of civil rights leader Martin Luther King Jr. and the reflections of Cronkite on the civil rights movement. Starring Korinke as Cronkite and Walter Coppage as King. “Cronkite: A Live Multimedia Performance” is based on an interview of Cronkite on CNN’s “Larry King Live” one year after the 9/11 terrorist attacks. Cronkite reflects on that event and other events he covered during his career. Starring Korinke as Cronkite. Conceived by Dr. Robert Vartabedian, president of Missouri Western State University, the shows are part of the Walter Cronkite Memorial, located on the Missouri Western campus.

The performance and exhibition were well attended and well received.

Please enjoy the following photos from the event. 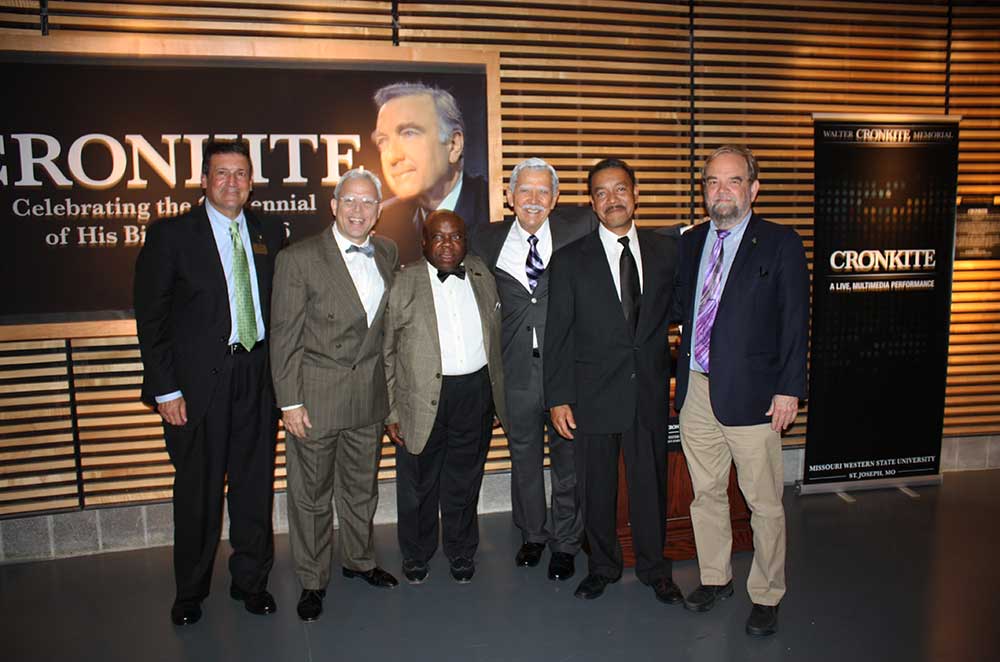 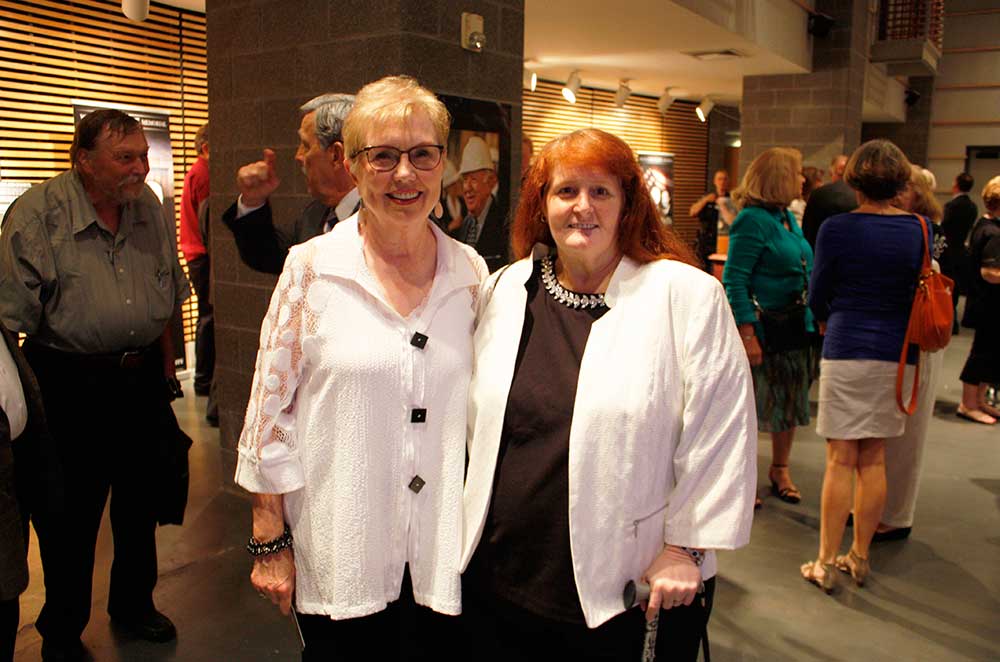 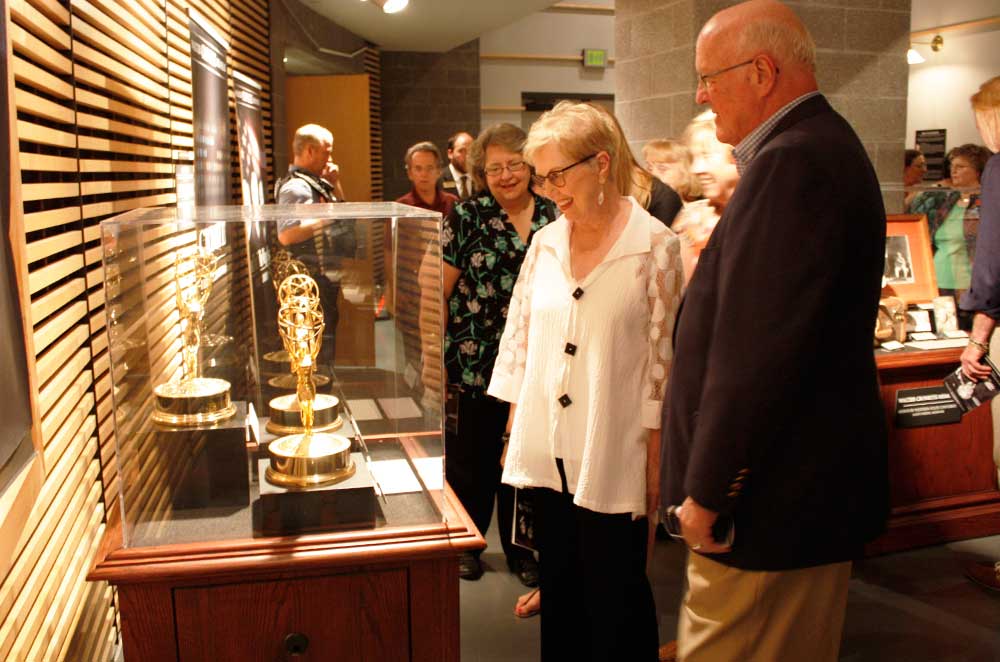 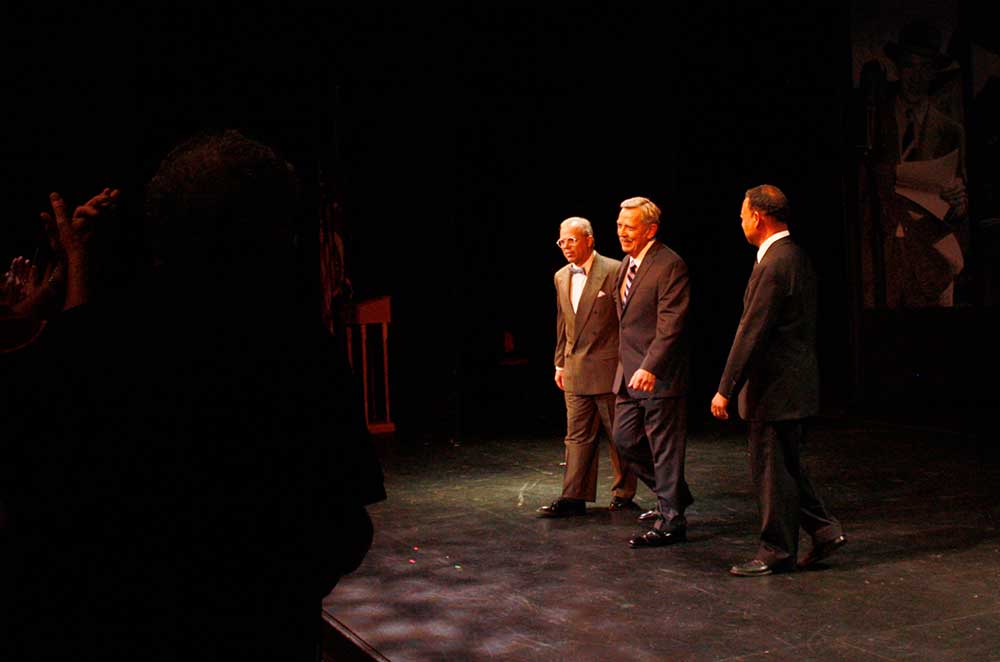 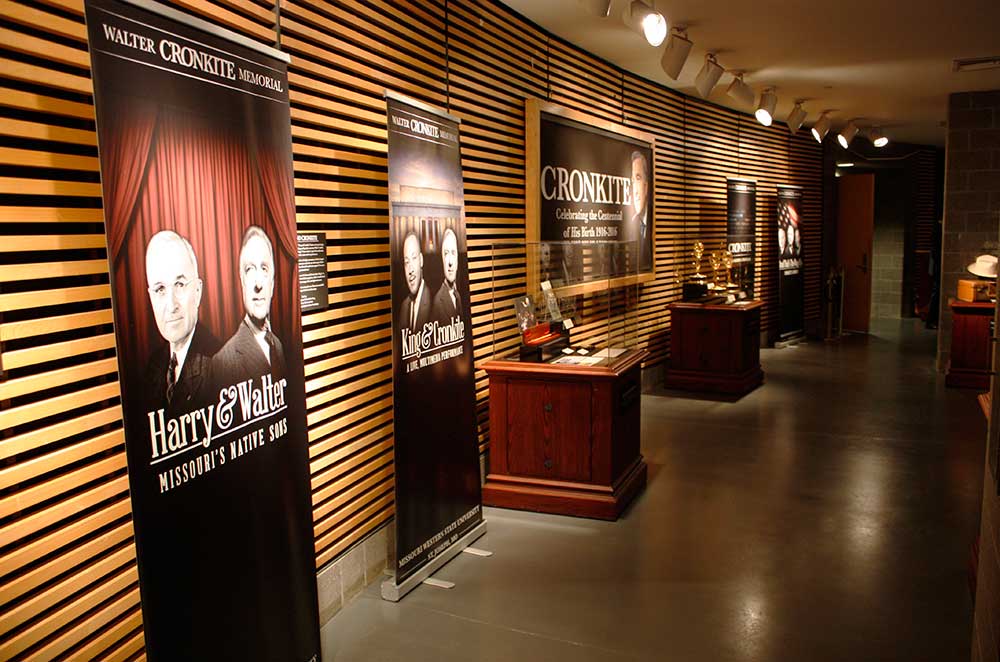 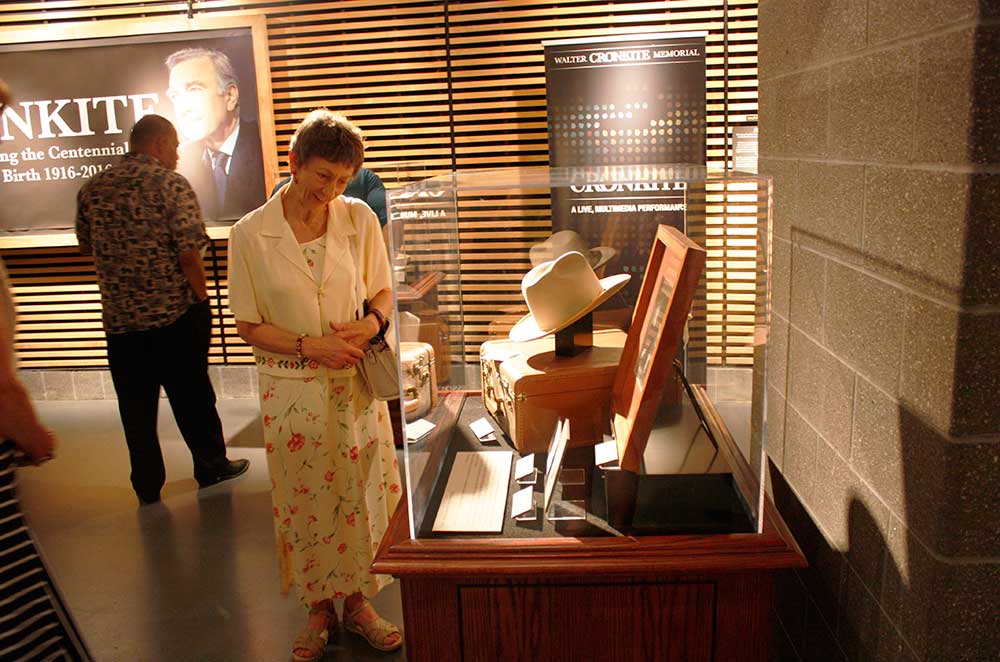 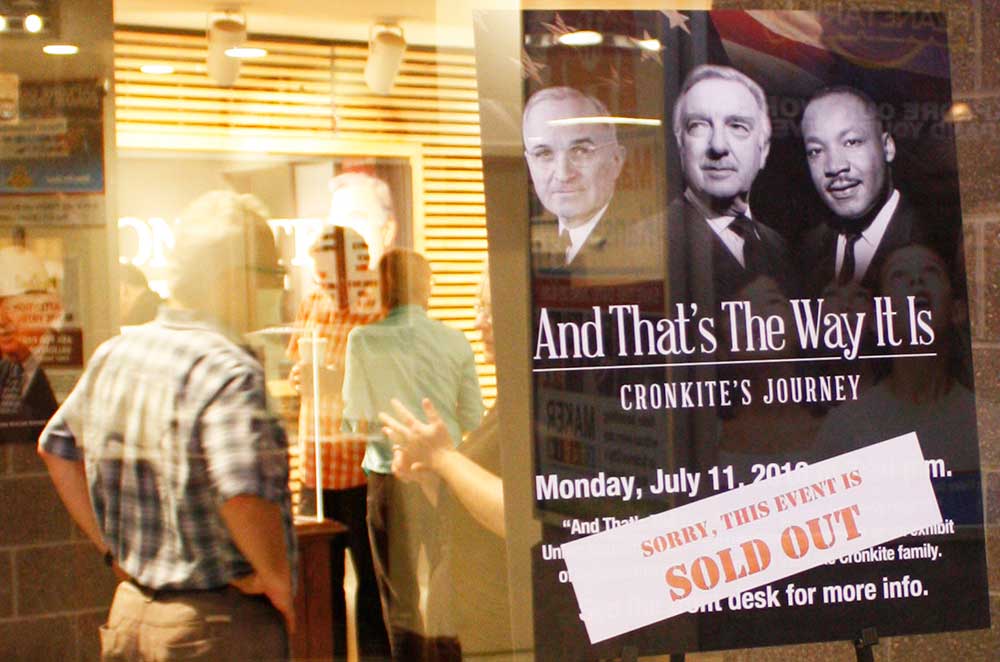 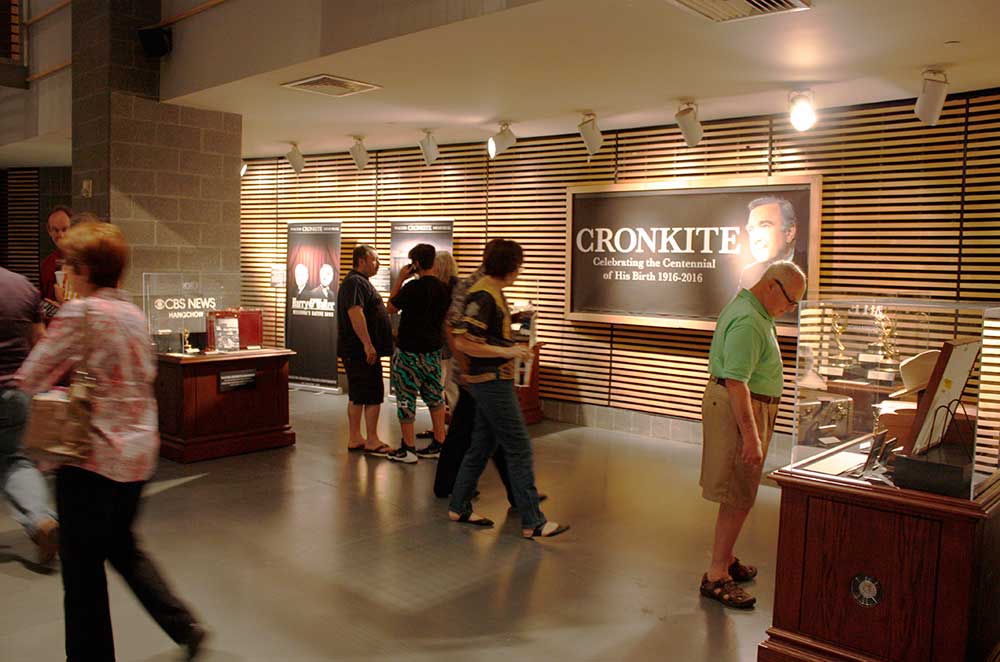 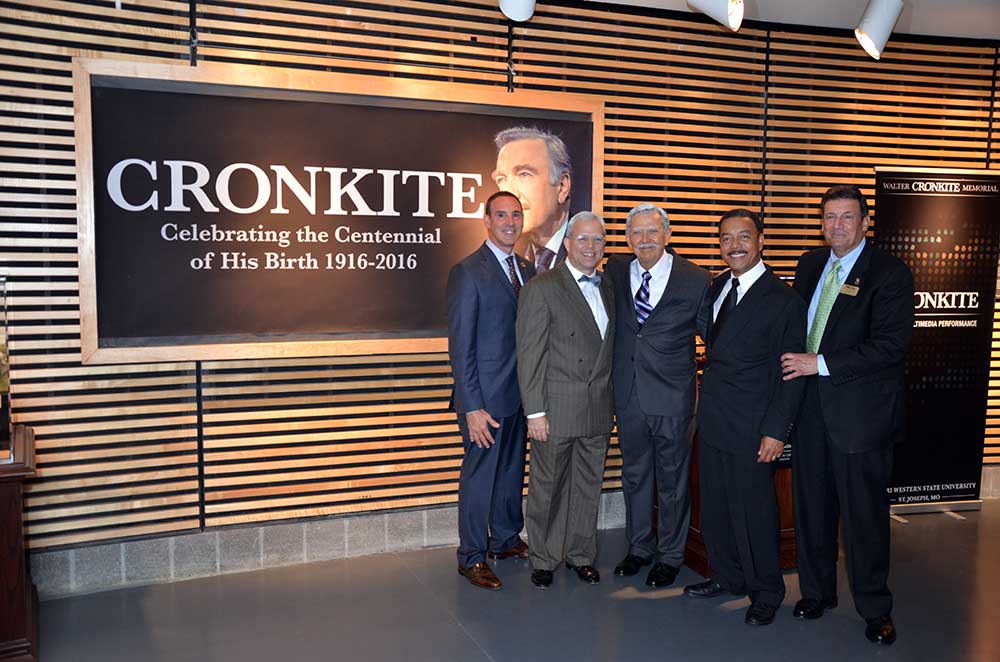 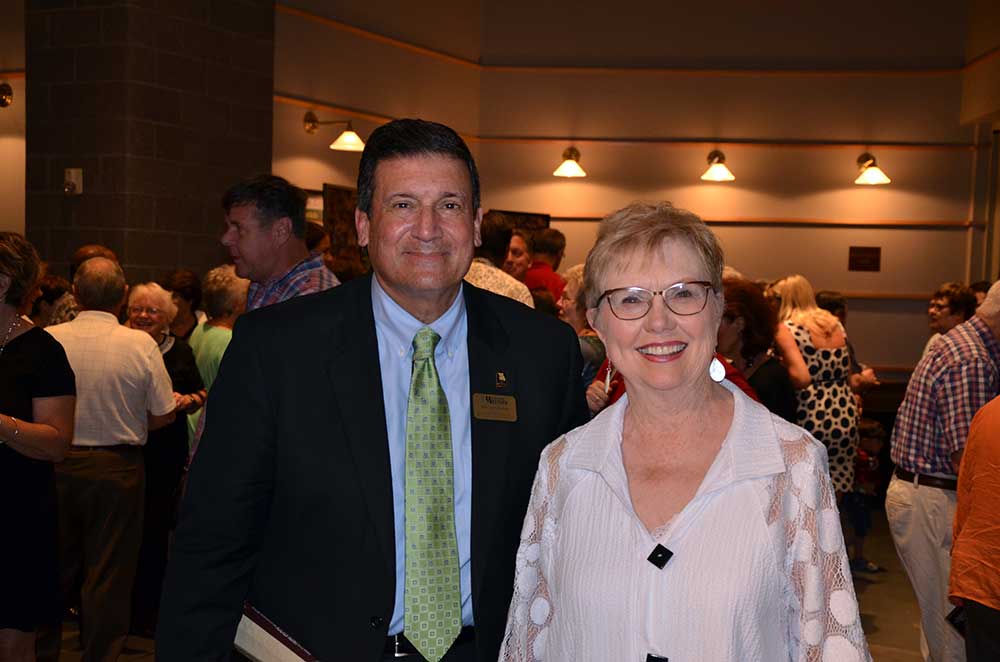 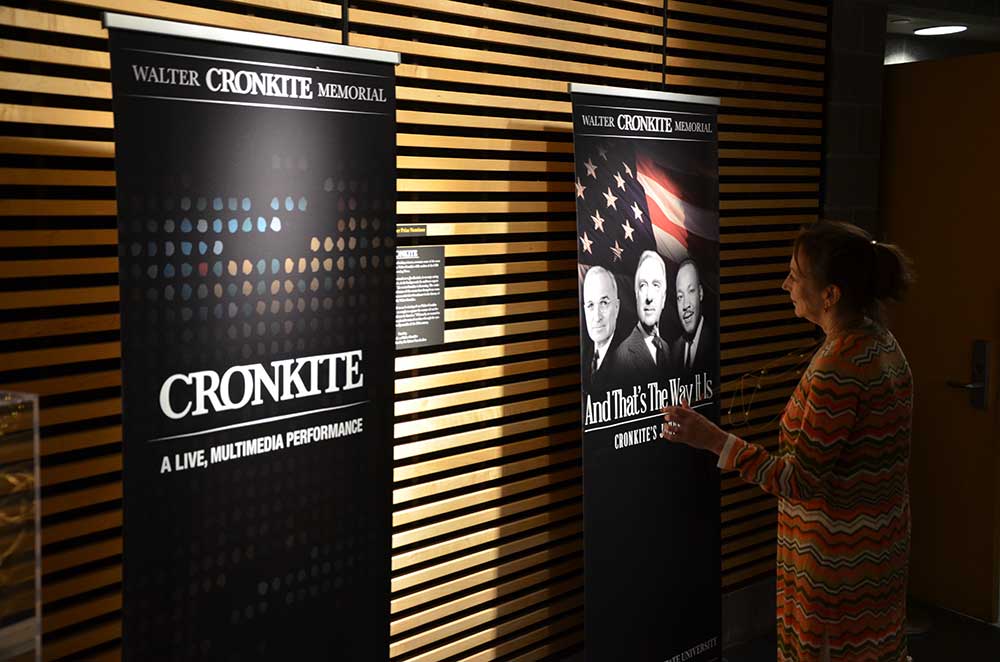 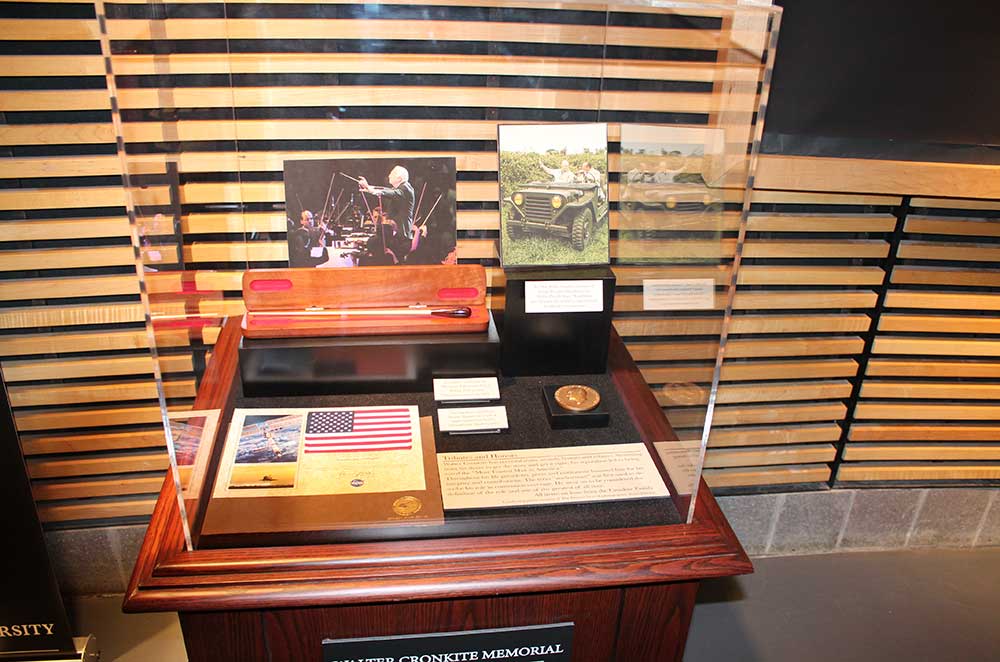 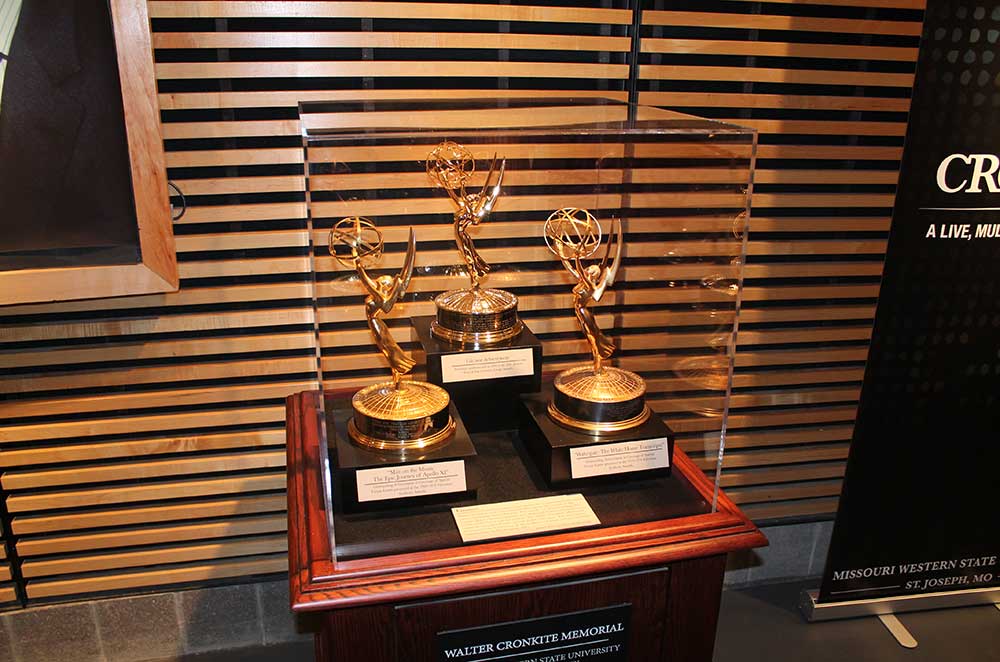 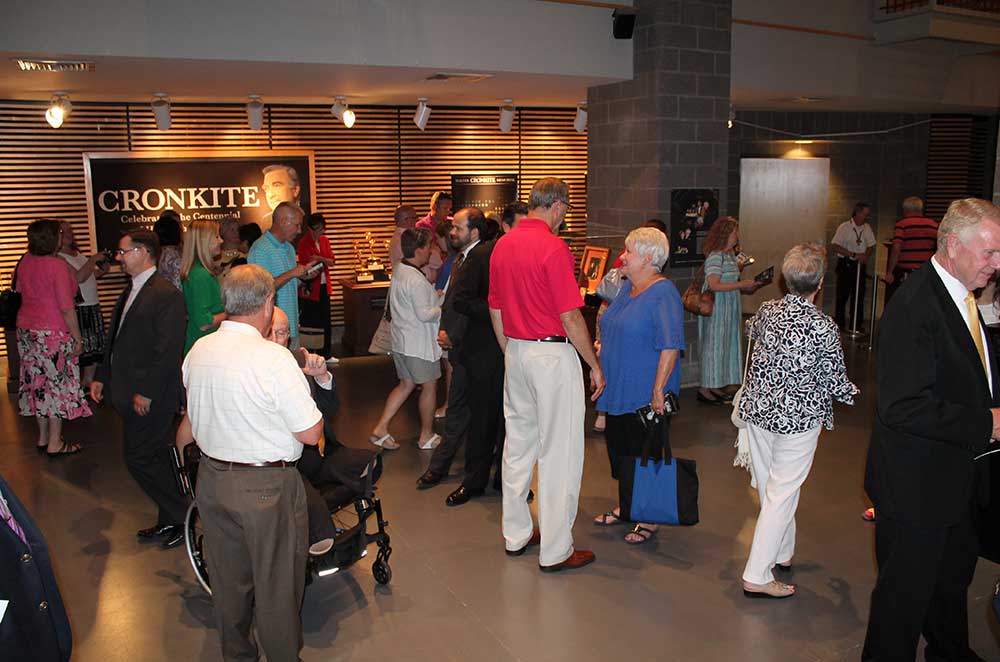 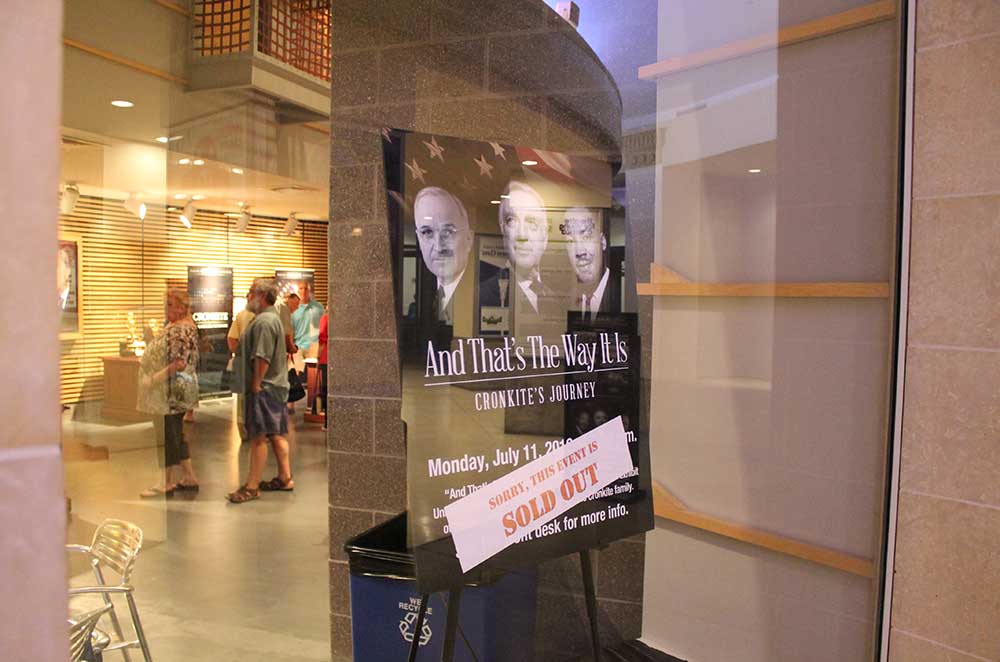 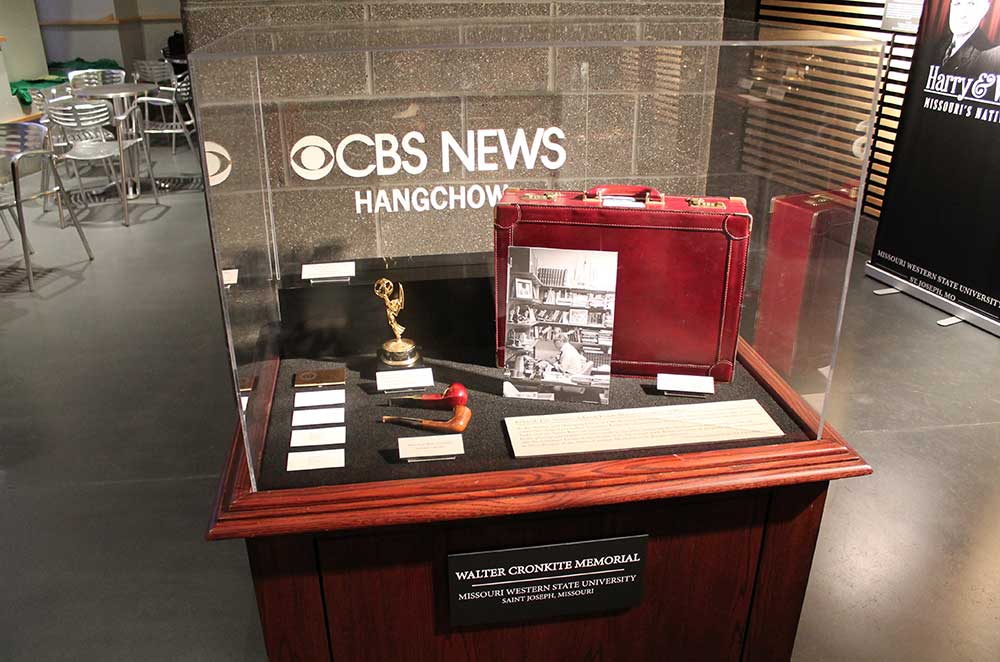 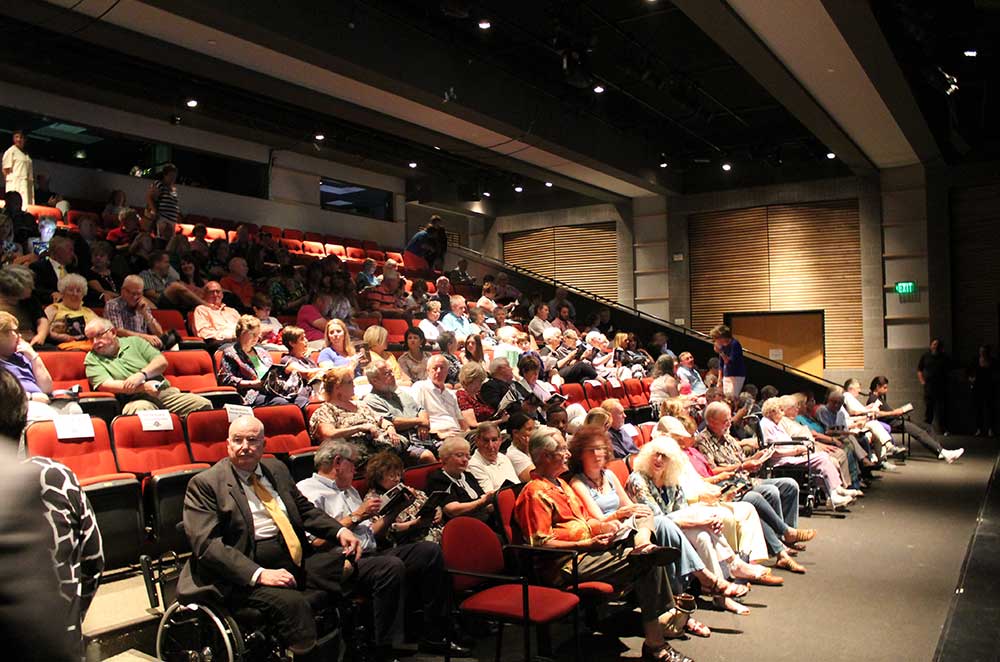 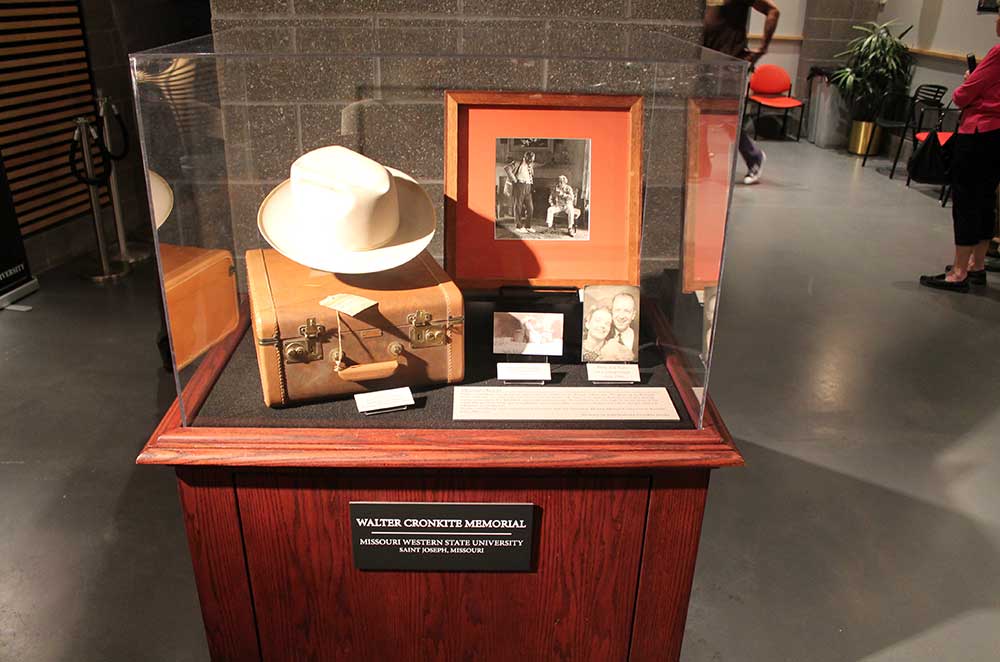 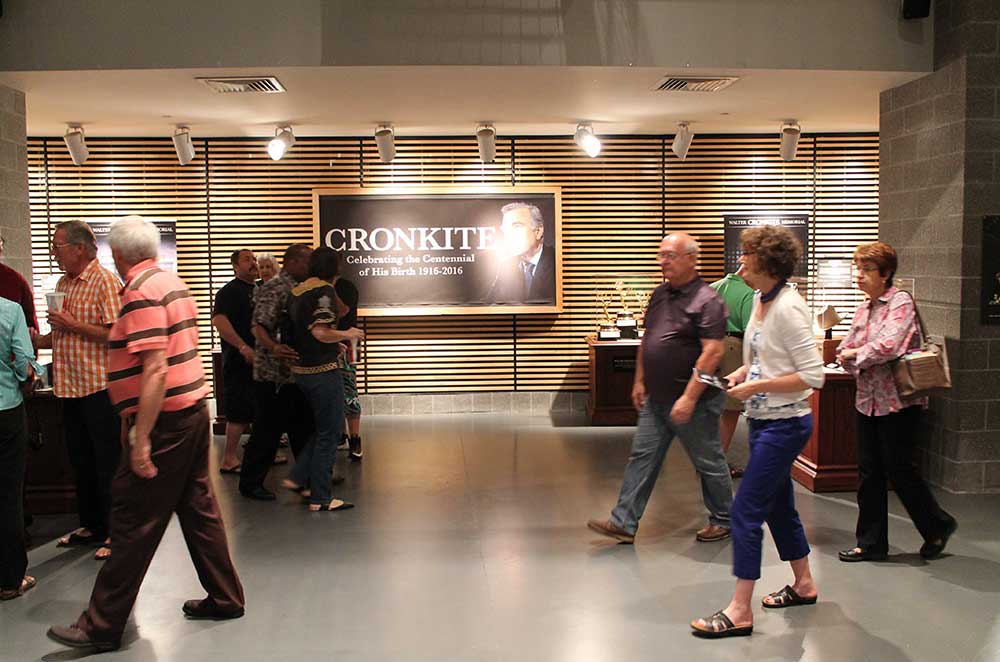 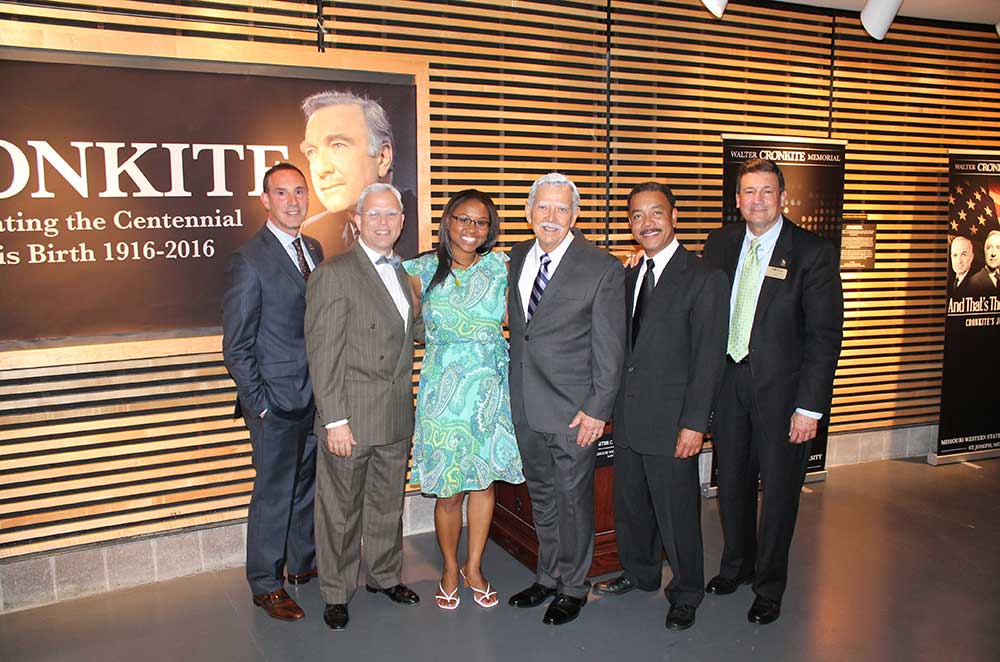 The Walter Cronkite Memorial was the vision of Dr. Robert Vartabedian, President of Missouri Western State University, to create a fitting memorial to St. Joseph’s beloved native son and one of the most important and trusted voices in our country’s history. Dr. Vartabedian’s vision was captured by Missouri Western art faculty members Eric Fuson and David Harris, who designed the unique artistic display illustrating Cronkite’s distinguished career with CBS television.

This memorial was made possible with funding from the David and Shirley Bradley Endowment. Much like Walter Cronkite, the Bradley family has left a journalistic legacy by bringing the important news of the day to the general public. We are grateful for their many contributions to the St. Joseph community and to Missouri Western State University.